Excerpt from Eyes Behind Belligerence by KP Kollenborn


THE late afternoon resided in peace. The wind finally fatigued from its persistence, enabling people to enjoy the outdoors. Radios echoed through thin walls alongside a cheering crowd from a women’s volleyball match. Children ran through the streets. Strollers strayed from their blocks, searching for something to do within the dull compound. The movie house was full. The few shops were closed. An amateur play in the makeshift community building was still in the process of rehearsals. Jim’s barrack remained quiet. Everyone was either at the movie or the volleyball game. He took Russell’s toy car from the Monopoly board and set it in the jail square.
Grinning, he said, “This is the second time you’ve been in the dog house.”
Frustrated, Russell replied, “I hate these cards! They really don’t give you a chance to do good!”
“I’m doing well. I have a hundred dollars and counting.”
“And I don’t even have two bits to my name!” Glancing at Jim’s iron piece, he murmured, “I should of been the hat. Seems to bring better luck!”
“Luck is only a frame of mind,” he said, avoiding his nervousness about the confrontation with Shikami later on that evening. He knew Russell had to be equally as nervous, otherwise he wouldn’t have been so agitated about the game. Normally his friend couldn’t care less whether he was winning or losing in Monopoly. 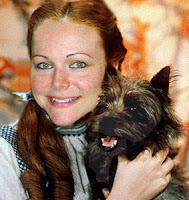 Even though I am from Kansas, I enjoy venturing into other worlds from around the globe which is why my writing focuses on diversity. With fluid accessibility to modern media and traveling opportunities, my Midwestern world can expand and explore beyond my own backyard.  I take pleasure in studying history. Submitting to a moment in time allows us to remember, or to muse even, over our society’s past. Although writing can educate as well as entertain, yet what makes art incredibly amazing, to that of paintings, photographs, and music, it transposes emotion into another form of humanity, and therefore, it is our humanity which keeps all of us striving for an improved future.

And as a mother of two daughters, I understand the idiosyncrasies of balancing work, family, and creative endeavors. If life weren’t a bit off kilter than what is the point of crossing that high wire in the sky? It’s all about making our lives productive, interesting, and adding value for the next generation.  By the very nature of my existence, I am an artist. And by the very nature of my husband’s insistence, I have adapted to become an entrepreneur. We have ventured a music store, a restaurant, real estate, several internet businesses, and two recording studios. I have worked as a graphic designer and in the publishing market since 1994. Aside from having a graphic arts degree, I also have a history degree. I am fortunate to have been trained by one the top ten writing teachers in the US, the late Leonard Bishop, and author of Dare to be a Great Writer. I owe my love of writing to him.  Eyes Behind Belligerence is my first published novel.