An Author’s Tale: Why I Write Teen Fiction and How it All Began By AK Taylor

October 15th - An Author’s Tale: Why I Write Teen Fiction and How it All Began By AK Taylor

Ever since I was little, I have always had a vivid and powerful imagination. As young as 4 of 5, I was a natural world builder—I didn’t even know how to write my name yet or know my ABCs, but people and places came alive in my head, and the back yard and the backwoods became magical places filled with awesome adventures. Since I didn’t know how to read or write yet, I could draw, and stories were told through play. My mom read to me a lot when I was little, so I was always around books.

Once I learned how to read in write in school, I began reading and I was introduced to creative writing in the forms of poems and short stories—I was about 8. I loved putting my imagination into another outlet, and it was something new and fun. I loved the creative stuff a lot, but reports not so much unless it was a topic I was interested in.

When I was in high school, I moved onto novels. I wanted to see if I was capable of doing it, and it was an experiment. Stressors such as bullying, transitions from child to adult, and isolation from the woods were catalysts that pushed me to find an escape and return to my imaginary exploits in another way. I was going to write my way back in since I couldn’t play anymore.

I took what I learned from language arts class and patterns I saw in books that I had read over the years, and I taught myself how to basically put a book together. I never attended a class or a seminar. Nobody taught me or worked with me. I didn’t know any authors, so I didn’t learn from one of them either. I was on my own. There was no don’t do this or don’t do that. Of course, I never once thought about publishing when I started. When I started, I wrote the books I would have liked to read, and I even crossed a few genres. There wasn’t a whole lot in the upper MG and YA department then; this took place before the Harry Potter explosion that opened the floodgates.

I wanted a book with more action (action adventure/thriller showing?), a strong girl character, and something that had a little romance, but not a whole lot. I liked a dark, scary character for the villain (Is my horror and paranormal showing?). I liked swords and magic plus the lasers and rocket launchers and other worlds—I guess you could say the fantasy meets science fiction, and there may be a mystery or two along the way during the journey. What was hot back when I was a teen just didn’t have the action or diversity I craved, and the books that somewhat satisfied me were few and far between and they were for older kids. Sometimes these books took forever to get to the action, and once we got there it was gone about as quickly as it started. A lot of books for middle-graders were still in the ‘cutesy’ stage. *headdesk and groans* Cutesy is for babies and little kids—I’m ready for something cool. I was a 9 year old who wanted to read stuff for 13+; I was a mature reader for my age. Okay, it’s fine sometimes, but just as long as EVERYTING is not that way! That being said there is diversity among readers in the MG and YA range and not so easy to pigeonhole. So, I wrote my perfect book for me. Later, I was talked into publishing it, but that’s another story.

Now for why I write for teens (older kids and tweens, too). Well, I guess it all boils down to old habits die hard, and I started my hard core writing when I WAS a teen. I still read a lot of that as a reader. I remember what I liked at that age, so I still write for me as a kid/teen. Sort of goes hand in hand. Plus, I have done a bit of research for writing adults, and I didn’t like what I saw. They’re finicky. They remind me of why I hate being an adult: too many rules, rules, and more rules—can’t do this or that and all the baggage that goes along with it, and a lot of adult stuff is boring. If I find something I like it’s usually bogged down with gratuitous language (I can tolerate some cussing but not overdone), sex (a couple scenes is okay, but not be the only action!), and words I didn’t know existed in the English language, or I may have seen them on the SAT in the verbal section. I don’t want to have to read the dictionary with the book. Writing for kids and teens does have rules, but there are less of them and more of ‘going with the flow’ and more fluidity. There are the adults like me who are kids at heart! It’s cool or it’s not. It’s boring or it’s not. The end.

My first love has always been fantasy, but I plan on stretching out into other genres like: thrillers, mysteries, pure science fiction, paranormal (not paranormal romance), and horror, and maybe more subgenres of these. It’s whatever my brain cooks up.

I would like to close with this. Not only do I hope to inspire young readers to expand their horizons and read, but if you have an itch to start writing, you are never too young to start. I didn’t have any encouragement (mostly discouragement in the day-to-day life) when I started, I just did it. You don’t have to take a seminar or a class for ‘validation’ or have an English degree to start writing or to become an author. I have a degree in biology and I am an author. Take what you know, and you can learn the basics; when you start there, then expound on that. Writing is a profession without masters, only students. We never stop evolving or improving our craft. Starting early gives you a leg up on the learning curve of the craft. Thanks to self publishing, you can publish when you are ready and not have to wait until you are 40+ and a whole bunch of other things (I was told that, so some people actually say things like this—it’s not true). 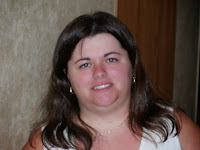 A.K. Taylor grew up in the backwoods of Georgia where she learned about nature. She enjoys hunting and fishing, beekeeping, gardening, archery, shooting, hiking, and has various collections. She also has interest in music, Native American history and heritage, Egyptian history, and the natural sciences. A.K. Taylor has been writing and drawing since the age of 16. She graduated from the University of Georgia with a biology degree and she shares an interest in herpetology with her husband.

Back to the Future meets The Ten Commandments with magic and a Native American twist!

The Indians and the Crackedskulls are locked in the turmoil of war and presently in a stalemate. Her enemies, Raven and Bloodhawk, have come up with a scheme to up the ante and break the stalemate into their favor. Neiko later finds out that a land she thought she had only imagined is actually real and contains a legendary and otherworldly evil within it. After a standoff with the malevolent Rameses the Dark Pharaoh in Hawote, she is trapped in Qari by his strange and powerful magic. Trapped in another universe and in a place that is not exactly the way she imagined it, she must somehow find a way to teleport home. That is easier said than done; the odds are overwhelmingly against her and her scorpion-cobra companion Quickstrike as they must travel to find the answer and avoid Ramses' allies, traps, and tricks. Can she come back home and escape the evil that seeks to claim her and turn the tables on her enemies?

Seeking his revenge on Neiko for exposing him, Francesco banishes Neiko into ancient Egypt just like he did her friends eleven years ago. During her stay there, she unravels the mystery of what happened to her four friends. Now she's faced with a bigger problem--how to get home. After a series of unfortunate events, Neiko is now entangled with Pharaoh Ramesses II. Francesco also comes to make sure their fates are sealed. Can Neiko and her friends beat impossible odds and return to Hawote and back to the present?
Amazon US links: