Fifteen-year-old Roller Deb is singled out by town bullies for both her skates, and for being different. When her popular sister is kidnapped by a local drug dealer, Deb must flee the trailer park in which she's grown up, and rescue her. Along the way, Deb becomes enmeshed in the magical realm of trolls and fairies, and the blood-thirsty version of roller derby at which these beings excel. But spending too much time among the fairies comes with a price. 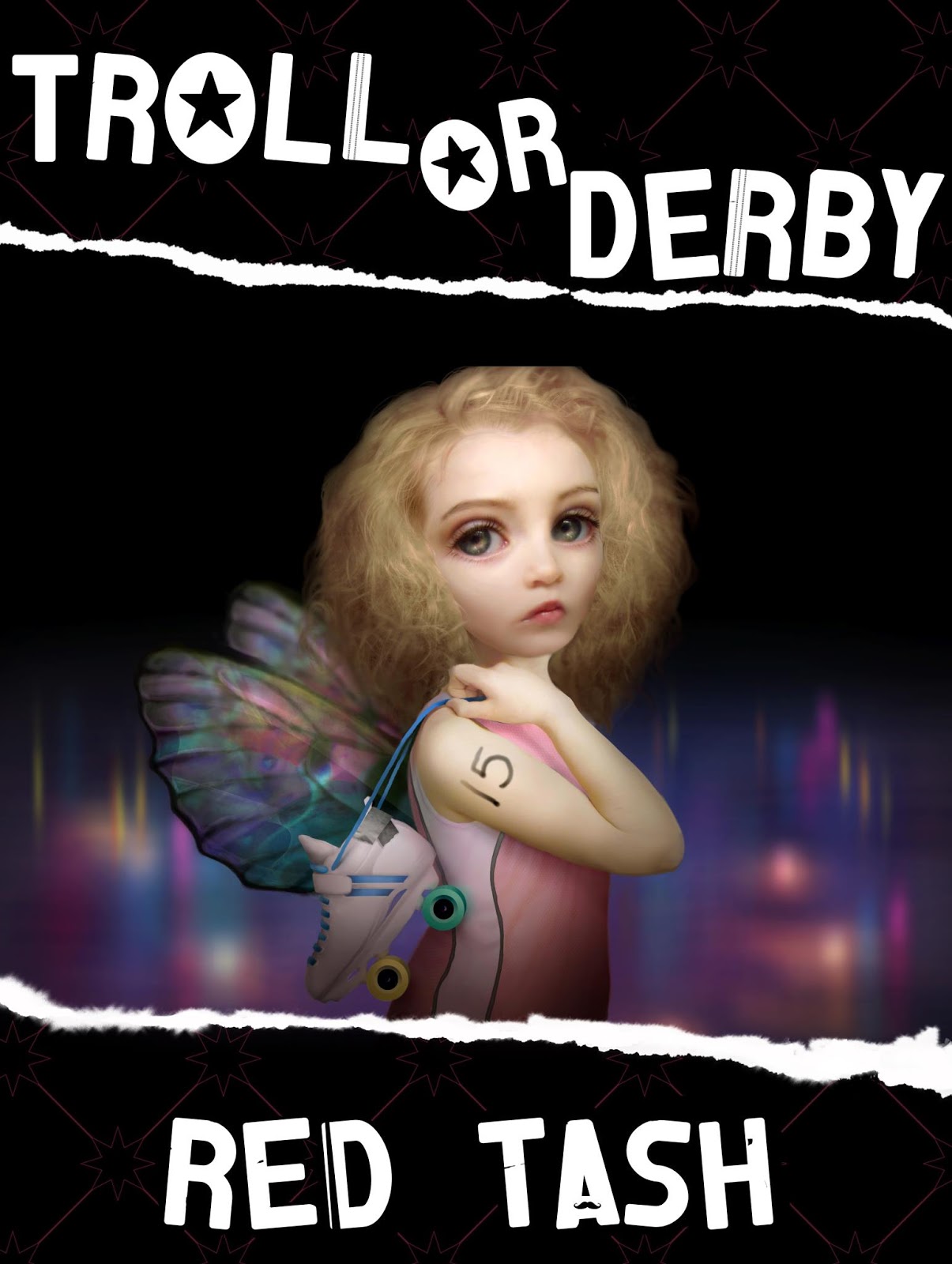 While I look at the cover I tend to be in two minds. It is simple in its design with a rather enigmatic character looking out at the reader. Both of which can entice many a customer, but with the title being Troll or Derby, I don’t see the connection between fairy on the front cover, the title of the book or the genre as such (although I have never seen fairies as dark fantasy myself so probably my imagination). Also the cover looks out of proportions to the book, which can detract from overall look. However all things considered I think the simplicity, the writing and the character really excel this cover.

Character (and their development): 15/20

The characters in this story are well throughout and interesting enough to follow throughout the book without wishing for a larger assembled cast. My main problem is that the two main characters are very much alike and if you read one chapter and then another without the helpful chapter title telling you who was talking, you might get a little confused on who was talking. But the development which happens within the book was brilliant and I like the idea that the characters have been well established in their communities before and everything has a connection.

The storyline is face paced, exhilarating and interesting to say the least. There are twists, turns and surprises and each character has their own personal goals which make the story flow brilliantly. But what I would say is that there was little time for ‘breathing’ in the book and that pace needed to have a little rest from time to time, if only to give other areas more impact.

As some people know, I am not a fan of 1st person. I find the concept to be difficult for anything other short stories. However in this piece the 1st person works well because we see the perspective from two different angels, both in 1st person. However what I did not like this time round was the idea that we were seeing the same events twice. Once from one character, the second time from another character. Each character may have had something different to say about each part of the story. But at the same time it was necessary through most of the book.

Also something else that I picked up on was some historical inaccuracies. There was a moment in the book when the author commented on something being like World War 2 Jet fighters. I am pretty sure that Germany were only just developing jet engines at the end of the war and were never fully able to produce a squadron and Britain and the USA didn’t employ them. Please do correct me if I am wrong, I love finding out new stuff, but I have never actually heard of them used in combat during World War 2.

Spelling and grammar were not bad. The odd mistake here or there, which to be honest was no more or less than any traditionally published author’s books of about this size.

A book that is well worth a read for horror and dark fantasy fans; or for those readers who like a fast paced novel with plenty of description. But readers with tastes away from fairies, trolls and those who may take offence at violence and drug use (although the latter definitely seen in a negative view within the book) should think twice.

Buy Troll or Derby from: