Eden exists, tucked away in a remote corner of the universe.

In the year 2083, overpopulation, resource depletion, and climate change have pushed global civilization to the brink of collapse. Colonies on the moon and beneath the oceans, despite years of development, are struggling to survive. As international tensions escalate, and humanity faces an impending crisis for subsistence, a new race has quietly begun, one to find a habitable planet for human expansion outside the solar system. Thus far, however, every expedition sent has resulted in monumental disappointment, and occasionally, tragedy.

But all is not lost.

A U.S. interstellar probe, launched decades earlier, unexpectedly transmits a burst of tantalizing figures on a remote alien world in the M51 galaxy, yielding the first promising data scientists have seen in years. In response, an international team of experts is hastily assembled to investigate the prospective planet over thirty million light years away. Each with their own set of hopes and agendas, what they discover upon arrival is more than any of them imagined – something that forces them to confront the shadows of their past and to re-evaluate their choices for Man’s future.

Commander Nathaniel Hawke, a renowned pilot in the United States Department of Space Defense, is selected to lead the mission. Approaching middle age and driven by inner demons, he views the expedition to M51 as one last opportunity for redemption. But in the end, will the journey offer the salvation he seeks, or cast him further into despair? 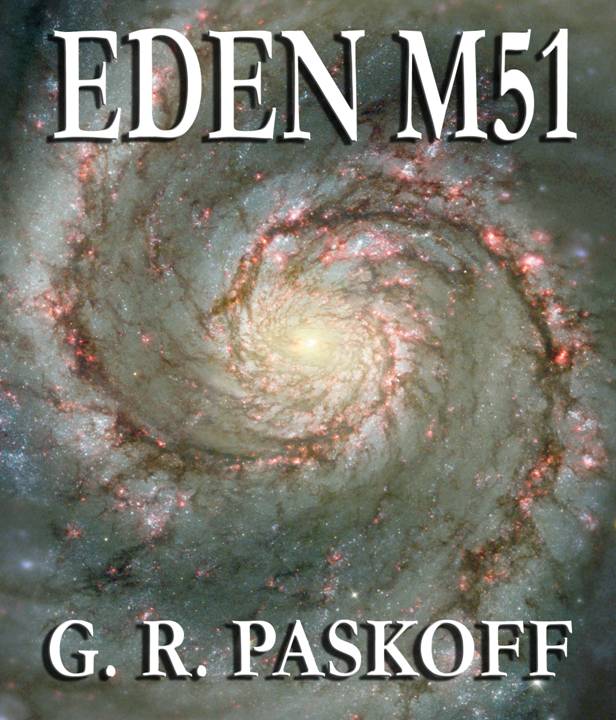 What I find disappointing about the front cover is that when I compare it to other space operas, it is bland and boring. Then I look down the category in which this book sits in on Amazon and compared to other books, it just doesn’t stand out. And that is the true shame about this novel because it truly deserves a great cover.

Character (and their development): 19/20

The characters come off very well. Like a lot of space operas there are several dozen characters to keep your head stuffed full of names, backgrounds and characteristics. And the way in which every single one of them interact with each other makes this story such a fun read. I especially love the character of Nathaniel Hawke; despite being the polar opposite of a role model officer, he is a character that is both likable and at the same time scary. If I was to compose a top 25 list of my favourite science fiction characters from books he would be in there.

It is probably unfortunate that at the same time that I started reading this novel I was also pushed into watching the Television series Terra Nova. Both of which have the same view of what is going to happen if we carry on our wasteful ways. It didn’t help either that the commander to save the human race in both are called “Commander Nathaniel [surname]” and that in both some secret organisation is trying to sabotage the mission.

However what was interesting was the differences in the get out clause they both took on how humanity fought for survival. While one used a time fracture to seed the past, the other, and the best in my opinion, was to send a ship to a distant galaxy to look at a planet which can sustain life.

The build up to the mission was excellently played out and was such a crucial part to the story. The actual mission was fraught with good action and drama and there were a couple of times I wondered if the story was going to turn into a “lost in space”. But I was pleasantly surprised that the novel took on a unique and refreshing path.

I have sometimes questioned that the Space Opera books which are out at the moment are very much the same. There is little difference here in this e-book, except that another author might have combined a few chapters together to make them longer. Don’t get me wrong, there is nothing wrong with the style and it has served the literary world well for so long, but it is nothing new either.

Spelling and grammar were good for the most part. I found one mistake in the book, but lost where it was. What I think needed to have done was not using words which are not so much in use in everyday. There were some words which I had to look up just to get the meaning. I can imagine some readers having to do the same.