Writing. From a joke to (rather) serious business by Paul Kater


Well, perhaps not entirely a joke, although it was something not very serious that got me into publishing, but more of that later.

I've been writing since quite a while. I think I started a little when I was 14 or 15. So how can one write "a little"? It started when I read a book my mother owned and I asked if I could have it. She said I could type it over myself, so my Dad got me an old typewriter and a lot of paper and I started typing. At a certain point I reached a chapter that I didn't like very much so I started changing the story to my own liking. And that's where the trouble began...

I kept writing things. Small essays, stories, anything to keep going. The internet came and I found a group of amateur writers online, which started me to write in English. (My native language is Dutch, no one on the list would be able to understand that.)

At one point three of us did a little challenge, to write a story of 20,000 words in 2 weeks. That sounded like fun, but... we'd start the next day and I had nothing to write about. Quickly I came up with Hilda the Wicked Witch, as I like fantasy and magic. Magic allows for a lot of things. I finished the story and many people liked it. They asked for part 2. And this is where the joke starts, as I had only written this little thing as a joke, for the challenge. But part 2, Snow White Revisited, came to life, after which someone started pushing me to publish Hilda's first story. After a few months I gave in. That's almost 3 years ago now.

By now Hilda the Wicked Witch has many fans all over the world and I am writing the 11th book in the series. And by now it's become serious business, as I am sure the fans would come after me if I were to stop writing Hilda.

Apart from the Hilda-stories I've also dabbled in Steampunk and Science Fiction, two areas that I like very much as well. During all that writing-time I started to become more serious and quality-minded so I found someone to edit my newer stories, making sure that the use of English is correct, and I have recruited help in making the covers for the books I publish.

Something may strike you is my mentioning of English all the time. This has a reason: since I joined the writer's group on the Internet, I have written in English. So far I have not published a story in Dutch. This however is about to change, as long as you take "about" very liberally. At this moment I am writing a new Science Fiction story and I'm writing that in Dutch and English simultaneously. And I can tell you that it's quite a challenge, but a rewarding one.

Thank you, dear reader, for staying with me until this side of my author's tale, and thank you David, for allowing me the opportunity to introduce myself on your site! 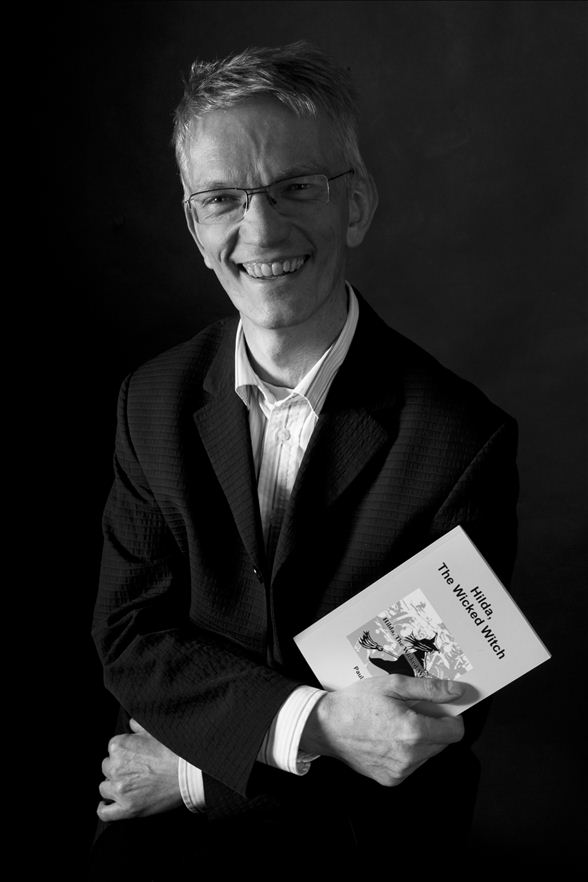 Paul Kater was born in the Netherlands in 1960. He quickly developed a feel for languages but did not pursue a career in those as his native language, Dutch, did not offer many options in that time. After learning far too much about computers he started to make a living with them. During all that time he always wrote short stories, little things to entertain family and friends and also himself with. Since 2003 he's been writing more seriously, first posting his scribblings on an amateur writer's mailing list, and then publishing shorter and longer stories on the internet. Due to the international character of the Internet, all Paul's stories so far are written in English. Paul currently lives in Cuijk, in the Netherlands, with his 2 cats, his books and the many characters he's developed in the past years, who claim he is a figment of their imagination.


You can view all of Paul Kater's wonderful books here