Review of "The Sable City" by M. Edward McNally: written by David Lowbridge

Tilda Lanai has trained for years to take her place among the Guilders, but now the House she is to serve is imperiled by the sudden death of the House Lord. Scenting blood in the water, rival Houses begin to circle. The desperate search for an exiled heir takes Tilda across a war-torn continent and to the gates of the Sable City, where centuries ago dark magic almost destroyed the world. Along with a sinister sorceress, a broken-hearted samurai, and a miscreant mercenary long on charm but lousy with a crossbow, Tilda must brave the demon-infested ruins to find the heir who may yet save her House. 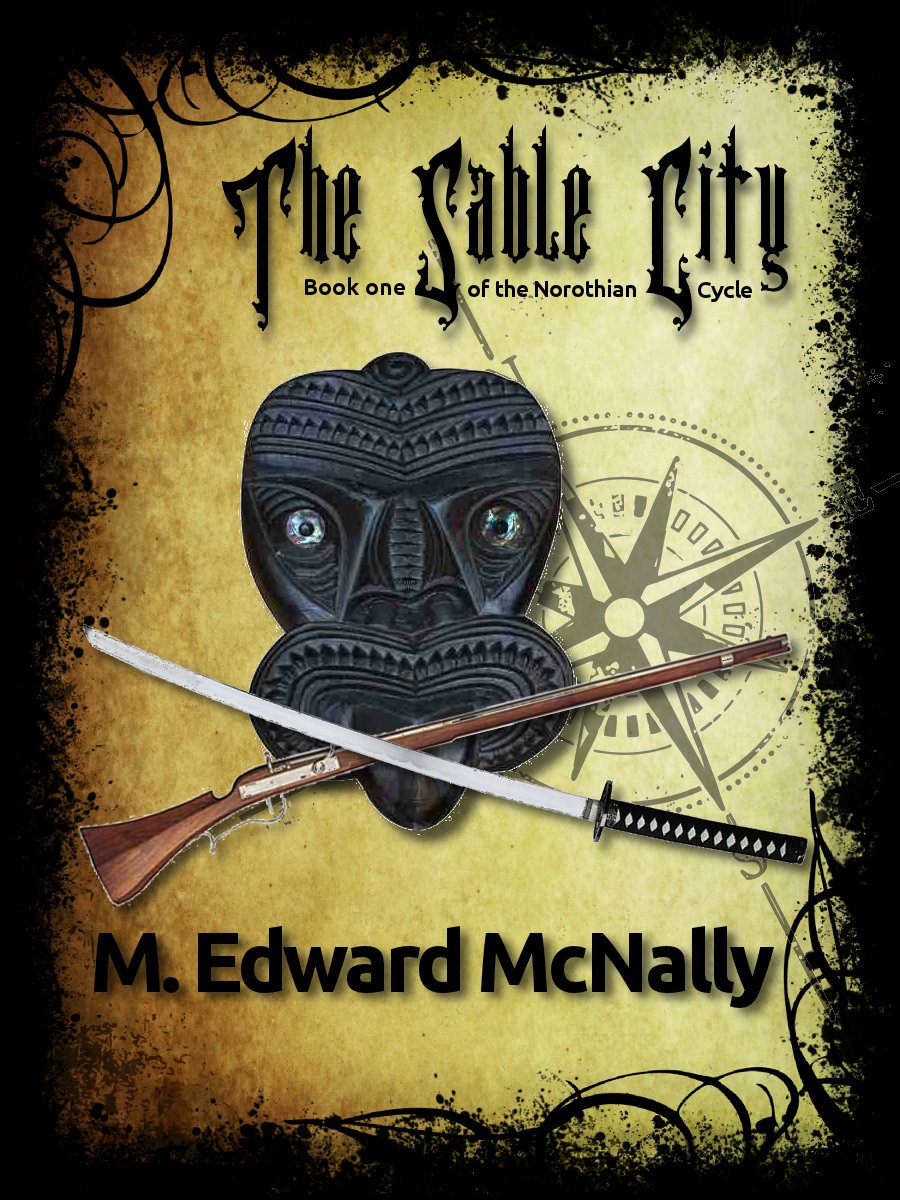 This is a good cover, especially for the genre. What I particularly like is the sense of the map gives. What I would say is that the cover does not excel in such a way that it would catch my attention on the shelf amongst others, which is a shame considering the content.

Character (and their development): 20/20

I think it is very rare for an author to come up with a list of characters which are not only interesting but varied. Each one has their own strengths and weaknesses which truly makes the cast a believable and lovable group. Tilda and the Captain, both characters introduced very early on, were of a lot interest to me and I could certainly imagine what sitting down to have a cup of tea with them would be like.

Story lines in fantasy books, such as this one, can often be complicated and you are often checking back to see what you have missed. I've had more than one fantasy book where I’ve had to read it twice just to get the story. But on this book, the author has done a wonderful job of making the story not only flow perfectly but also simple enough that any reader can read it just once and get what is going on. There are excellent twists throughout the story and the action is evenly placed throughout the book so you are not hanging around if you look for a lot of high drama.

The one thing that sometimes turns me off books such as this is the description. It is often in excess. In my opinion this book has not overcome that. Although it is nice to fully immerse yourself inside a world; this book just had too much. For instance there were times where you were reading paragraphs of description, but nothing in there was moving the story forward. The one area where the description did excel was in the battle scenes where I thought they were beautifully written and seemed to portray not only the chaos but also the speed of which battles happen.

Spelling and grammar were excellent. There were literally no spelling mistakes or grammar errors that I could see. With one exception this whole book would have got 20/20, but one of my pet hates in military ranking is the use of Leftenant. In most countries (Canada, Britain, etc), even though this is how it is pronounced, it is spelt Lieutenant.

A good fantasy adventure that may be heavy on description but is brilliant on storyline and character that will give the reader an enjoyable time. If you are a lover of fantasy such as lord of the rings then this book is a must on your shelf.

Buy at Smashwords
Buy at Amazon.com

Connect with the author here
Posted by Unknown at Friday, May 24, 2013