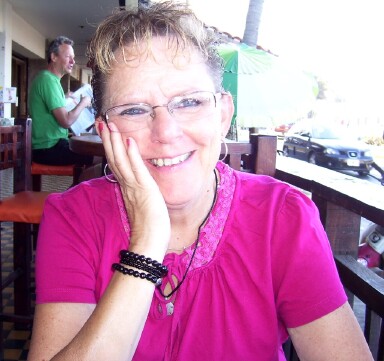 I don’t remember not writing.  It’s like talking to me (and I can do plenty of that!)  Putting pen to paper has always held a fascination for me.  For a moment the page is blank and then as I begin to write furiously a story takes shape and brings the white paper and black ink to life.

My imagination works overtime – always has.  I was the one who managed to come up with ideas for the skits and plays my two sisters and brother and I put together and acted out.  Stories came easily to me.  Poetry held a special place early on, as I loved the flow and cadence of the words set to a particular rhythm.  Good poetry not only told a tale, it rolled off your tongue and made you think.  Probably I loved it because from a very early age I sang with my Father.

My Dad was my hero.  He didn’t finish high school, instead opting to take a job in the family ice and fuel business.  Before he settled down to do that, though, he became a chef on a train.  Somewhere along the line he picked up a guitar and taught himself to play.  He later took correspondence courses and got a college degree, always trying to make a better living for his family.

Dad was reticent about his talent, often moving to the back of a room if there wasn’t enough seating in a jam.  But his rich tenor voice was much in demand and he played in church most Sundays.  He put me on his knee and sang to me every night and I quickly learned the songs he taught me.  I remember thinking once that “I could write songs like that.”  And write them I did.

The music progressed and even at the tender age of three I remember being placed on a picnic table at the family reunion and singing a solo for everyone, my father playing the guitar and beaming with pride.  We developed a give and take and I learned harmonies early on.  Many people commented how our voices blended and you often couldn’t tell which of us was singing lead and which was doing harmony.  That’s because we sang “by feeling” the melody and lyrics.  I never needed to hesitate or guess what Dad would do, I just sang and he automatically went to the other part.

It’s not surprising, then, that my first penned pieces were poetry.  I loved rhyming words.  Later I found out that my Father had also been a poet and sometimes-songwriter.  To this day I have some of his original pieces that he kept hidden from the world.  When I began writing songs in my teens I begged my Dad to teach me to play the guitar.  I wrote prolifically, but instead of pursuing music as a career (something I’d always dreamed of) I got married and had a family of my own. 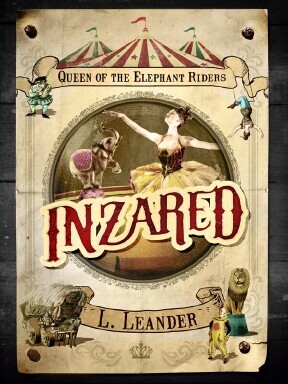 That didn’t change the dynamics between my Father and me.  We played together every chance we got and as I graduated to coffee houses, fairgrounds and private parties I often asked him to come with me.  It was my great pleasure to introduce my Dad at every event.  The music was so sweet, so right.

As I continued to pen songs I got the sense Dad wasn’t getting my message.  He didn’t seem to relate to the words and music I had chosen.  I realized later it was the phase of my growing up during the 60’s and getting that music out of my system.  Dad was a dyed-in-the-wool country musician – loving Hank Williams, The Carter Family, The Louvin Brothers and acts similar to theirs.  They all had one thing in common.  Most were common people who taught themselves to play instruments and had a natural aptitude for singing harmony.

This bothered me a little, but I continued writing and singing Dad’s favorite music when we got together.  I only wanted him to be proud of me.

We attended a Dulcimer Festival camping weekend one summer and parked our campers together with friends.  In the middle of the night I heard a frantic pounding on the door.  My Father was gravely ill and we had to call an ambulance.  I sat beside him on the bed in his camper and held his hand as we waited, begging him not to leave me.  To my amazement, lying all around him were copies I had made of my original music on tapes and his tape recorder.  He had been listening to me all along, I realized!

My father lived to sing many more songs and when he passed away we had an entirely new understanding of our relationship and musical tastes.  By that time I had penned over five hundred or so songs and had a plethora of them under my belt.

The music stopped the day he died.  Oh, not totally, but music as I knew it.  I’ve played with some pretty famous people, I’ve sung in places I never thought I would, but without his voice in sync with mine it’s not the same.  We “got” each other and playing music together was a joy.  For a few years I formed a small band and enjoyed the music but when I moved away that stopped.  I quit playing and performing very much at all and instead, turned to writing a novel.

It took me three years to write my first book and I published it this year.  My dad would be proud.  But somehow, maybe not as proud as when he watched a tiny three-year old girl belt out a rendition of “How Far Is Heaven” all the words and melody perfect as he played guitar and looked on.  Thanks Dad for making me love the written word, whether it’s music or books.  It’s still a joy but I wish you were still here to share it with me!

Links for L.Leander and INZARED, Queen of the Elephant Riders