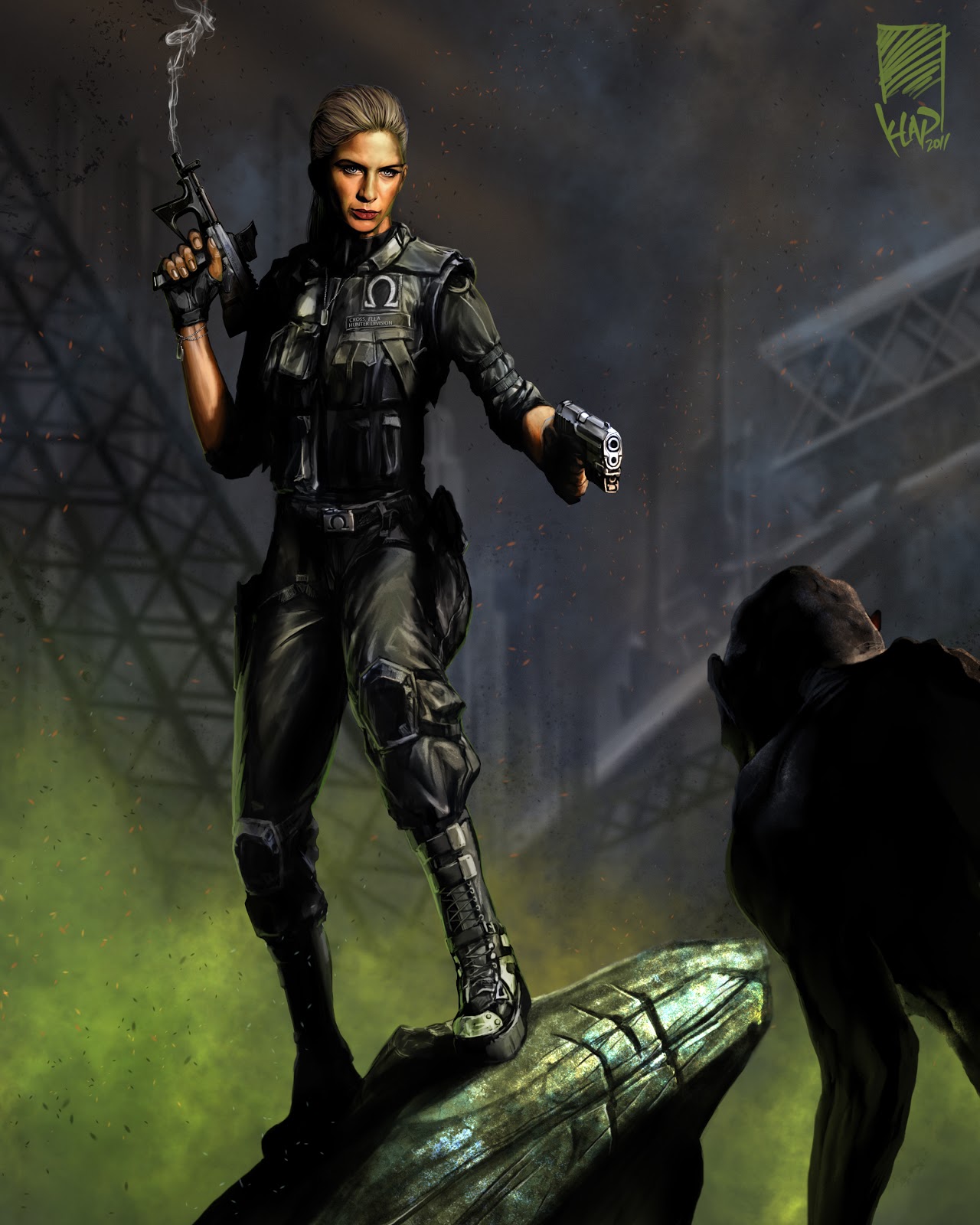 This is the first time Silver and Alex see each other, after she spent six years in banishment. Prior to her banishment, they had been lovers for twelve years. They have a history, and it’s a deep one. I wanted this scene to express how desperate Silver is to have Alex back in her life, but also how fearful she is that he won’t accept her. When he first rejects her, that was her worst fear. For that split second, for the first time in her life, she experiences a moment of flash panic at the thought of him being out of her life completely.

In contrast to that, Alex has already lived with his worst fear for six years—the fear that she was dead. For him, the shock of her arrival makes him afraid of the possibility that he could be happy again. It’s the reverse of what Silver’s feeling. He dare not believe it, in case she’s taken away from him again; he couldn’t bear it.

For them both, the turning point is in their physical closeness. As soon as he touches her, it becomes real to him—she becomes real, as do all the possibilities that she brings with her. He allows the fear to dissipate, and he feels hope for the first time in six years. She feels relief, and a sense of belonging that she hasn’t had since she was torn from his bed and sent away to the prison district. Immediately, and with one touch, the last six years is erased.


Silver approaches a harmless-looking Sentinel District bookstore that specializes in reclaimed Old World books. She checks the address against the piece of paper in her hand.
A perfect match.
No use left for the paper, she scrunches it up and tosses it down onto the pavement, at which point a litterbot scurries toward her. Instinctively, she draws her gun on it: a small, spiderlike creation, designed for one purpose only. Remembering what it is, she holsters her weapon and hopes that nobody witnessed the overreaction.
She watches as it senses the paper, scoops it up and scuttles it over to a nearby trash can. Once the trash has been successfully disposed of, the litterbot slots itself into a charging zone nestled in the side of the trash can, where it will wait patiently for more work.
Turning her attention back to the bookstore, she runs her eyes over the window display: a selection of highly sought after Old World books, recovered from the remains of prior human civilization.
The bell on the door tinkles as she opens it … then drops to the floor at her feet with a somewhat disenchanting thud. Alex hears the noise and enters the storefront through a door at the back, his nose buried deep inside an Old World reference book.
He has salt-and-pepper hair now, although it shows no signs of receding. With practice, he’s cultivated the notion of ‘permanently windswept’ into something truly dramatic, and his rough charm wears it well.
Unshaven, he verges on scruffy but hangs on to carelessly handsome. Beneath casual, understated clothes, he hides the still well-maintained physique of a Hunter. Today, with a pair of reading glasses perched on his nose, he looks unassuming and average. To the untrained eye, that is.
Not to Silver’s eye.
Stomach flip.
Silver tries to hold back a small smile when she sees him, her heart suddenly realizing that six years is an awfully long no time at all. After all, what the mind tries to conceal beneath business and needs and the innumerous complications of life, the heart is able to reignite with a single glance.
The thumping in her chest is so hard it hurts, and she feels dizzy with adrenalin.
At first, he doesn’t even look up from his book. “Can I help you?”
He turns the page, expecting a standard response, but Silver remains silent. Too struck by him to speak, the words get stuck in her throat, so tight she can’t even swallow. Finally, he closes the book with a sharp snap, takes off his reading glasses and looks up.
Realization.
“Holy cow …” He stumbles back a few paces.
“Moo,” Silver smiles.
Alex looks around him, suddenly disconcerted. “This is the most vivid dream I’ve ever had. I could’ve sworn I was awake.”
“I’m pretty sure you are.”
“No, see, if I was awake you’d be a sweet, little old lady looking for the last Old World copy of Knit Your Socks On, because you can’t be here.”
“Well, okay, but if this is your dream, then how come I’m wearing clothes?” Silver grins.
The grin still on her face, she takes a step toward Alex.
He takes a step back.
Ouch.
So openly hurt by his reticence, the grin dissolves and Silver bites on the edge of her tongue to distract her brain from tear production. “Really? Is that how it is?”
She tries to force the quiver from her voice, but fails, and despite her best efforts to conceal it, Alex can see the fragility behind her eyes. Still wary, he fights the instinct to comfort her, even though his whole body aches to feel the warmth of her touch.
“Alex …” she whispers.
The sound of his name upon her lips jumpstarts a heart that’s been cruising downhill in neutral for too long, but he holds it back. “If you’re really alive, and here, then you’re in violation of the banishment order.” Trying to keep a grip on calm rationality, his voice sounds forced and insincere.
Silver tries to smile, teasing him a little. “Are you complaining?”
“Only if I’m going to get into trouble.”
“Well, in that case, I have special dispensation.” The grin returns.
Still no response from Alex.
Until, “Don’t take this the wrong way, but I’d rather have you far away and alive than right here in front of me, shot dead by the Police Division.”
Silver glances outside into the empty street, then back toward Alex. “I don’t hear any sirens. Do you?”
Alex shakes his head, performing a nervous hair ruffle. “I’m so sure that this isn’t possible.”
“How sure?”
All he can do is stare.
Silver takes another step toward him and this time he stays put, letting her begin to close the distance between them. She holds her hands out, very slowly, and takes the book away from him, setting it down beside the cash register.
That triggers another thought in Alex’s head. “Are you here to rob me?”
Silver laughs. “Thanks a lot.”
“There’s not much in the register, but I have a comic book collection upstairs that’d blow your freaking mind.”
“Those old comic books? Really? Still?”
Alex shrugs. “I had to find something to keep me occupied.” He reaches out to brush some stray hair away from her face, slowly losing himself in her eyes. “Otherwise I’d have lost my mind completely.”
Tucking the hair behind her ear, he brushes his hand against her cheek, resting the palm of his hand so gently against her, feeling the warmth of her skin against his.
“You’re quite real.”
“You’re quite right,” she smiles.
The gentle touch becomes a tender caress and she leans her face into him, softly nuzzling herself against his hand.
“You haven’t forgotten about me, then?”
Alex battles his own tears. “Forgotten you? Christ, El. I never believed that you were …” He doesn’t want to say the word, even in the face of its quite obvious falsity.
“Dead?” she finishes for him

You can buy SILVER: The Lost & Damned here 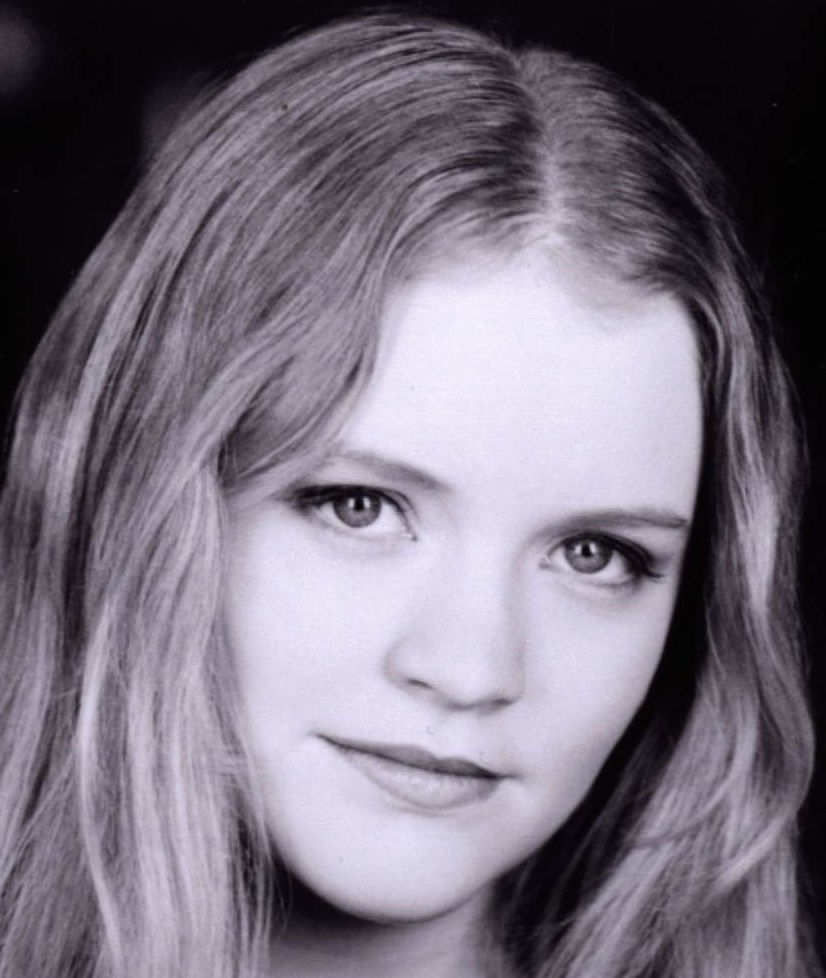 Keira Michelle Telford was born and raised in the UK. She spent the early part of her childhood in Worcestershire, before the family moved to Wales where she lived for most of her teenage years. In 2006, she moved to Canada. She currently resides in beautiful British Columbia, where she lives with her husband and 9 guinea pigs.